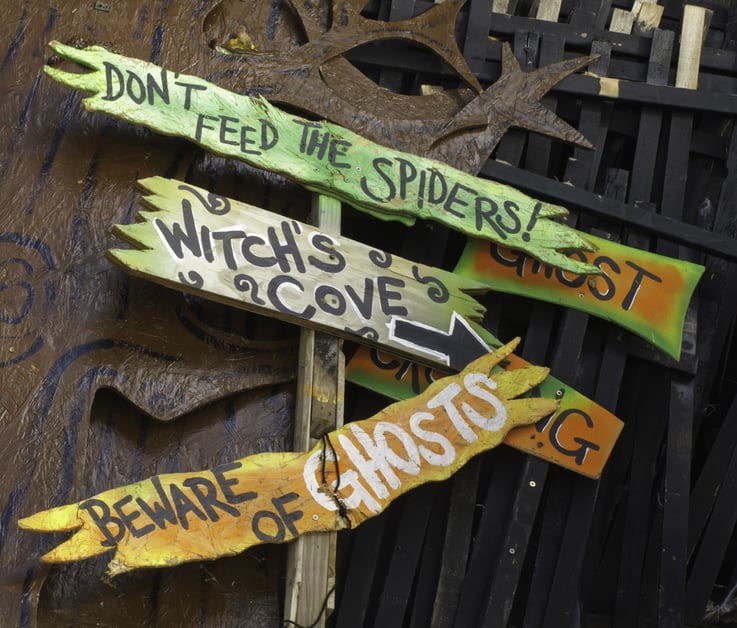 This Halloween is sure to be different from any in recent memory. Parties, haunted houses and even trick or treating may not be a big part of this years celebration. That being said, there are still ways to enjoy the spooky season while staying safe. A Halloween movie marathon may be just the thing to bring your family together this October 31st. Here are ten family friendly titles that the whole family can enjoy.

“They're creepy and they're kooky, but they're also plenty of fun. This animated take on the Addams clan also looks more like the old Charles Addams cartoons.”

“When Mr. Potato Head goes missing at a roadside motel, Andy and the rest of the toys go on a spooky and mysterious adventure to find their friend. This movie features all the warmth, humor, funny references, and gags you expect from the best Pixar films.”

“Brilliantly bizarre and overflowing with ideas, Beetlejuice offers some of Michael Keaton's most deliciously manic work - and creepy, funny fun for the whole family.”

“Critics Consensus: The movie is peppered with amusing sight gags and one-liners, but the disjointed script doesn't cohere into a successful whole.”

“Hocus Pocus is a family-friendly Halloween classic. The movie very successfully captures the spirit of the holiday with an alluring urban legend, delicious performances from Bette Midler, Sarah Jessica Parker and Kathy Najimy, and just enough of a creepy, threatening kick to give the scenario some real suspense.”

“The Peanuts have always been a bit deeper than they seemed, and this gem is no different, a moving parable of faith played out in the pumpkin patch with sweet little Linus, who waits dutifully for the Great Pumpkin while his friends go trick ‘r treating. Sincere without being saccharine, as delightful as it is meditative, and just downright heartwarming in the end, overflowing with All Hallows spirit and that classic Peanuts charm that has entertained us for generations.”

“When Shrek and his gang finds out they'll have to spend the night in Lord Farquaad's haunted castle, chaos ensues — and you can bet it's all hilarious.”

“Casper the friendly ghost helps a man and his daughter track down the ghost of the man's wife. In the process, Casper falls in love with the daughter and tries to bring himself back to life.”

“As we all know, monsters live in a parallel world: Their job is to scare us, and they can only pull that off if they hide that we actually terrify them. When a regular day of spooking children doesn’t go quite as planned, two monster pals end up with an adorable kid in tow (eeek—what could be scarier!), and need to get her home safely. Monsters, Inc. has the feel-good ending you'd expect of a family film, and with leading voices from John Goodman and Billy Crystal the film became an instant Haloween classic.”

“If your crew is really insisting on something scary this Halloween, trust us when we say this is it. (No pun intended.) Stephen King's killer clown takes on all forms when he terrorizes the children of Derry, Maine—and in turn has made sewers, bathroom sinks and red balloons some of the most feared objects out there. Will anyone be able to stop this malicious force? Tread lightly with this one because Pennywise is particularly frightening for the younger set. (We might've learned from experience.)”