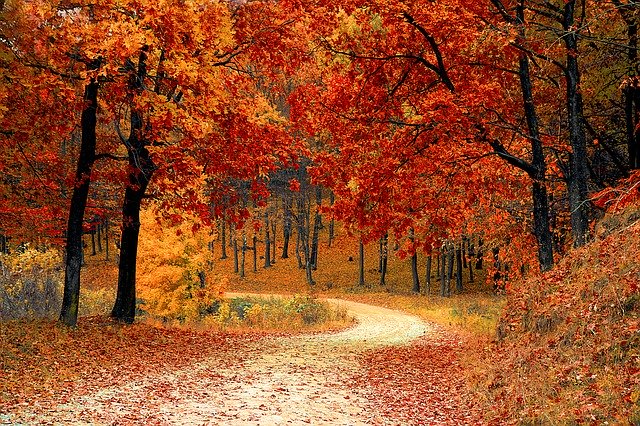 I think we can all agree that we’re hoping for a far more fruitful fall season than that of the spring of 2020. As we continue to adjust to the sweeping changes in our work and personal lives, it’s important to keep a sense of humor and appreciate the world around us. Here we’ve gathered some fall fun facts for 2020 to help get you excited for the cooler months ahead.

“Astronomically, the September equinox is the autumnal, or fall, equinox marking the end of summer and the beginning of fall (autumn). The fall season ends on December Solstice, when astronomical winter begins.”

“The first day of autumn, the autumnal equinox, has 12 hours of daylight and 12 hours of darkness. The term equinox comes from the Latin words aequus, meaning equal and nox, meaning night.”

“After fall was known as "harvest," it eventually can to be called "autumn"—so how did "fall" became the dominant term? In the early 1600s, people started moving into cities, and use of the term "harvest" lessened. They started saying "fall of the leaf" to refer to the third season of the year, because the leaves would fall from the trees. Over time, "fall of the leaf" was shortened to "fall," and it stuck.”

“During the fall, in response to colder temperatures and less light, leaves stop producing chlorophyll, the green pigment that helps capture sunlight to power photosynthesis. As the green fades, the leave’s other pigments shine through, such as orange and yellow carotenoids and vibrant red anthocyanin.”

“Weight gain around this time of year may not be from all the food. Researchers have found that lack of vitamin D reduces fat breakdown and triggers fat storage. So, the lack of sunlight has more to do with the extra gain than all the pumpkin spice lattes. Well, at least some of it.”

“The fall is when birth rates are at their highest, so you can expect to see an increase in newborn baby pics filling your feed. But according to Facebook's own data, it's also the time of year when a higher number of singles update their status to "in a relationship" or "engaged" compared to the yearly average.”

“During the gray squirrel’s fall caching season, when the critters bury nuts and seeds in hundreds of scattered caches to serve as emergency winter larders, a typical squirrel shows a 15 percent increase in the size of its hippocampus—the memory and emotion center of the brain—compared to the rest of the year.”

“The first full Moon of fall—in this case, the Harvest Moon—will appear on Thursday, October 1. Later in the month, on Saturday, October 31 (Halloween), the second full Moon appears. This is the Hunter’s Moon, which will be special for two reasons: it’s a rare Halloween full Moon and a Blue Moon!”

Contact Winn For Help On Your Next Marketing Campaign