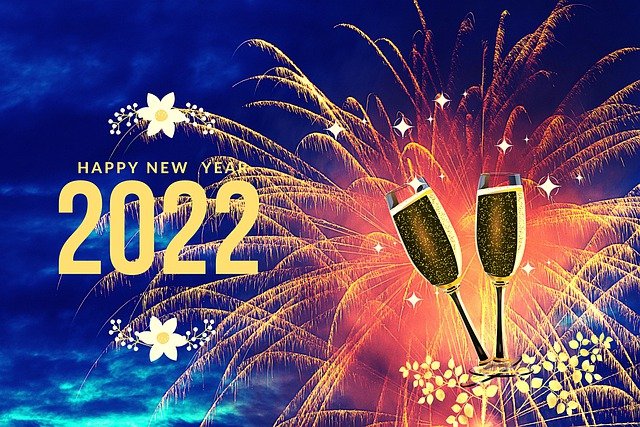 If you're looking to make your New Year's party a little more exciting than just dancing and drinking, you're going to need some fun party games. While there is no shortage of drinking games out there, here we're focused a little more on good clean fun. Here are seven fun games for your new year's eve party.

Give one player a bag of cotton balls or pompoms and give the other player (from the same team) a New Year's Eve party hat. For the game, player 1 must stand behind player 2 and toss cotton balls or pompoms over player 2's head. Player 2 must try to catch the pompoms without turning around and looking back and their teammate, just by stretching and reaching to catch the poms—the first team to catch five wins.

Two Resolutions And A Lie

Two Resolutions and a Lie is the ultimate ice breaker, making it the perfect beginning to your New Year's Eve party. This game from Hobby Lark is a twist on the classic Two Truths and a Lie party game where guests try to figure out which fact about a person is the lie and which are true. With this themed game, though, they'll have to figure out which two resolutions the person really has made for the year and which is made up.

This New Year's Eve trivia game, set up like the popular television game show Jeopardy, includes categories like "Traditions," "January Celebrities," and "Resolutions," and even keeps score! You can customize your categories, questions, and answers to suit your crowd. Infamous "thinking music" is also included.

Who Made The Resolution?

Though it's the perfect game for people who've known each other for eons, it's also a great game to play as an icebreaker. Simply ask your guests to write a resolution on a piece of paper; it can be one they made in years past or something they're willing to conquer this upcoming year. Place the paper in a mason jar, shake it up, then have each person pull one out and guess who made the resolution. The more obscure and random the resolution is, the better.

Find Your Other Half

Brainstorm famous couples from history, movies, and current celebrities — George and Martha Washington, Han Solo and Princess Leia, Beyoncé and Jay Z. Write each name on separate sticky notes. Stick one name on the back of each guest. Guests mingle around the party while asking yes and no questions to other partygoers. The goal is to figure out who you are and then find your other half.

Write clues on strips of paper. These could be things like family milestones from the past year, New Year's resolutions, or people who made the news in the past year. Fold each strip, put each inside a New Year's Eve balloon, and blow it up. Divide guests into two teams, each with their own color of balloon. Players take turns popping the balloons and trying to get their team to guess the clues the fastest.

You can play this game with champagne flutes and two bottles of champagne or any other New Year's Eve beverage and drink containers. Have those playing sit at a table with a bowl filled with a beverage, a teaspoon, and an empty drink container. The goal is to use the teaspoon to fill the container with the beverage. The first player to do so wins the game.