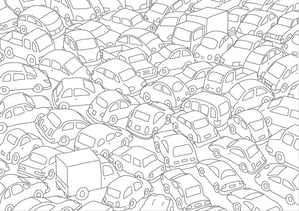 Marketing automation systems shine when it comes to identifying interested prospects, but when a complex sale becomes personal, a personal approach is the best way to convert automation qualified leads (AQLs) into customers. However, sales teams rarelyhave the bandwidth to manage the number of leads generated from marketing automation, and if they do, they find that the majority of AQLs are in the early stages of the buying process. What’s the solution when there are “too many leads” and not enough resources to properly nurture them? Surprisingly, it’s a marketing tool that predates marketing automation by decades: teleprospecting.

We are all familiar with the role of teleprospecting in bygone eras. Generally, agents cold-called until they came across an interested prospect who was then nurtured or passed to sales. It was simple, and it worked because the phone was a chief mode of communication, even in the research phase of a sale. This method of teleprospecting is less effective in an increasingly mobile world where an estimated 60 percent of global internet users begin the buying process online. Still, teleprospecting remains an important component of automation-centric marketing efforts, defining a way for businesses to reach out to up to 85 percent of AQLs.

With marketing automation guiding the way we market to, qualify, and convert leads, it’s becoming all the more important that customers receive the personal touch needed at the right time in the buying cycle. We know that in a complex sale, deals will not be closed by email alone; prospects will eventually speak with someone directly. In an attempt to ensure that all leads receive a live touch, too many AQLs are passed directly to sales, where they end up receiving ill-timed attention or sitting in large, difficult to manage silos of undeveloped leads.

SiriusDecisions reports that, in many organizations, up to 70 percent of AQLs are being fed directly to sales for acceptance, while optimal results are achieved when this number equals 15 percent or less. This leaves a void for as much as 55 percent of AQLs that are not sales-ready but still require a personal touch. It is here that teleprospecting comes into play. As a solution to this challenge, Sirius recommends that, rather than sending warm leads to sales, marketing teams engage teleprospecting as the next step in the complex sales cycle to streamline the qualification processes, improve prospect experiences, and create a more unified, successful partnership between marketing and sales.

Teleprospecting to AQLs makes sense for a few reasons:

Teleprospecting, when used in the correct phase of a complex sales cycle, provides a much-needed filter for the majority of AQLs. Sales reps are unburdened of the cold and warm leads that distract them from addressing “bottom of the funnel” leads, and prospects benefit from a one-on-one conversation at just the right point in their decision-making process.