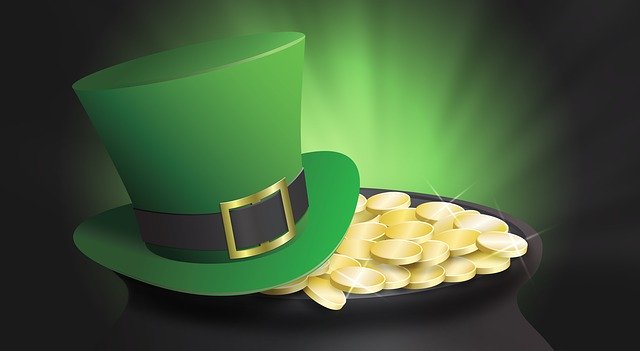 St. Patricks Day is rich in history and legend. While some of the history is up for debate, one thing is for sure, it is a major holiday in both Ireland and the United States. Here are ten fun facts about St. Patricks Day.

1. “Saint Patrick’s Day, feast day (March 17) of St. Patrick, patron saint of Ireland. Born in Roman Britain in the late 4th century, he was kidnapped at the age of 16 and taken to Ireland as a slave. He escaped but returned about 432 to convert the Irish to Christianity. By the time of his death on March 17, 461, he had established monasteries, churches, and schools.”

2. “And his birth name was Maewyn Succat. This is according to Irish legend. He changed it to the Latin name Patricius after becoming a priest.”

3. “As you might expect, Saint Patrick’s Day is a huge deal in his old stomping grounds. It’s a national holiday in both Ireland and Northern Ireland.”

5. “Saint Patrick didn’t wear green. His color was “Saint Patrick’s blue.” The color green became associated with St. Patrick’s Day after it was linked to the Irish independence movement in the late 18th century.”

6. “St. Patrick is said to have used the three-leaved plant to explain the Holy Trinity (Father, Son, and Holy Spirit) to the pagan Irish. This is not necessarily true, but a nice sentiment regardless.”

8. “In 1848, several New York Irish Aid societies decided to unite their parades to form one official New York City St. Patrick’s Day Parade. Today, that parade is the world ‘s oldest civilian parade and the largest in the United States, with over 150,000 participants.”

9. “According to the US Census, 32.6 million US residents claimed Irish ancestry in 2017. This is more than six times the population of Ireland (5.1 million).”

10. “Guinness anticipates that people in a whopping 150 countries will sip the smooth stuff on St. Patrick's Day. As many as 13,000,000 pints of Guinness will be consumed worldwide on the holiday alone, or 819% more Guinness than usual, according to a report by personal finance website WalletHub.”